It is cold! The perfect weather for knitting. Here are a few projects I have finished in the last few months.

Baa-ble Hat (minus the bobble)

I’ve been eyeing this sheepy pattern for a long time, and I finally made it. In fact I’ve had this pattern so long that when I got it, it was a free pattern, but now it costs about $4. My version included very few modifications besides casting on 2 fewer stitches in the ribbing (added back in before the colorwork).

To get gauge, I used size 3 needles and worsted weight wool yarn for the green grass, gray sky, and black parts of the sheep, and white DK yarn held double for the white parts.

The colorwork was pretty fun—I had to pay attention more, but It was also more rewarding to see the sheep emerge. 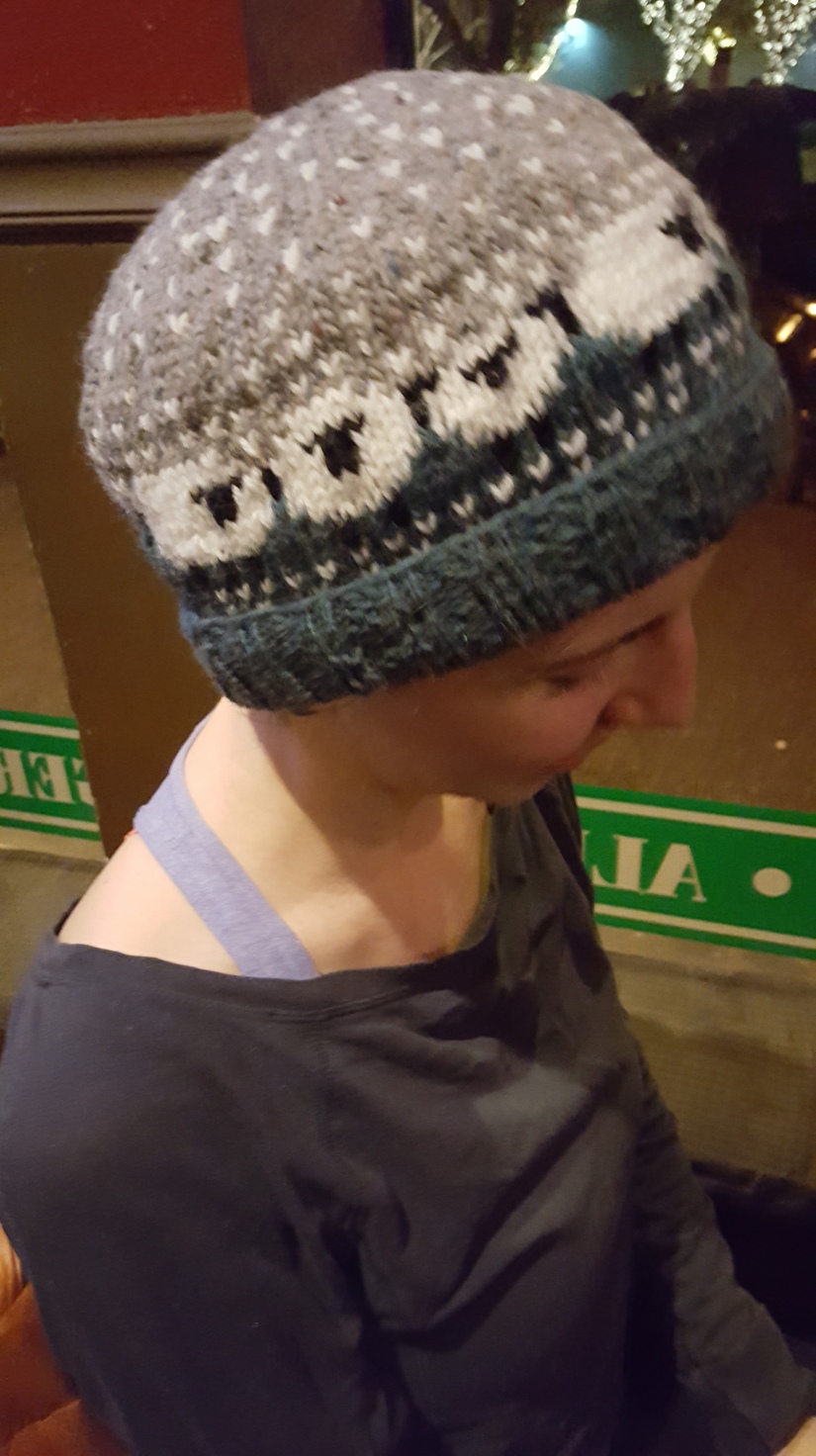 I originally wanted this to be slightly loose and slouchy, but that’s just not the way the pattern was designed, and the tight, thick knit the pattern creates works best in its original shape.

This is the warmest hat I own, and it has the added bonus of just barely fitting under my bike helmet.

I happened to finish the sheep hat while I was at home for Thanksgiving, so naturally I used the leftover scraps to make an ornament for the Christmas tree. I liked the clever use of a paperclip for the blade in this pattern! I decided my version would have laces, and straight stitches were the easiest to add.

Once I made the ice skate, I was much more interested in knitting another ornament as a gift. I ended up deciding on this pattern because it looked like it wouldn’t take too long and the front of the sweater was customizable. 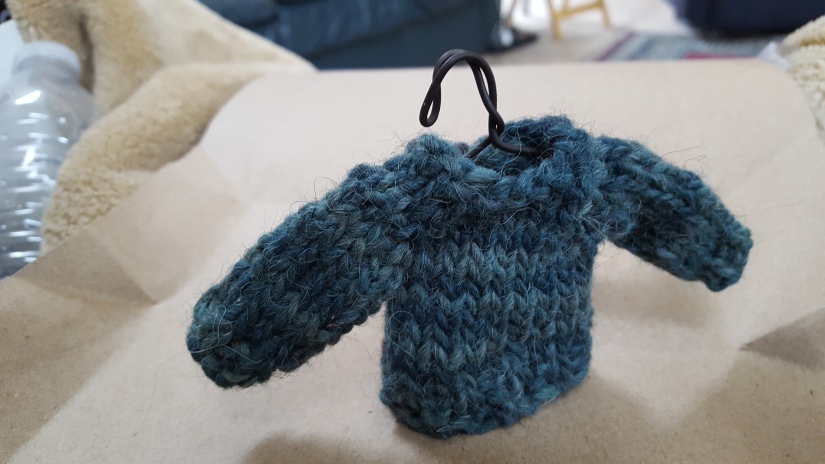 I also liked the clever use of twisted wire to create a hanger in this pattern! Between the wire and the green wool, it stood up on its own.

But of course, in order to stand out against a green tree, it needed some red. I used a slightly shortened R pattern from this alphabet chart to do the duplicate stitching. I like this chart because it worlds well for small scale knits like this one.

I kept thinking of the Christmas jumpers Ron Weasley always got from his mom in the Harry Potter books when I was making this tiny sweater. As it turns out, there’s a free Weasley sweater pattern if anyone wants to give those a go!