My blog reached 10,000 views today! To celebrate, I’m sharing details about my most recent finished object—the 10th Doctor’s sonic screwdriver, which I have conveniently modified to serve as a chapstick holder! 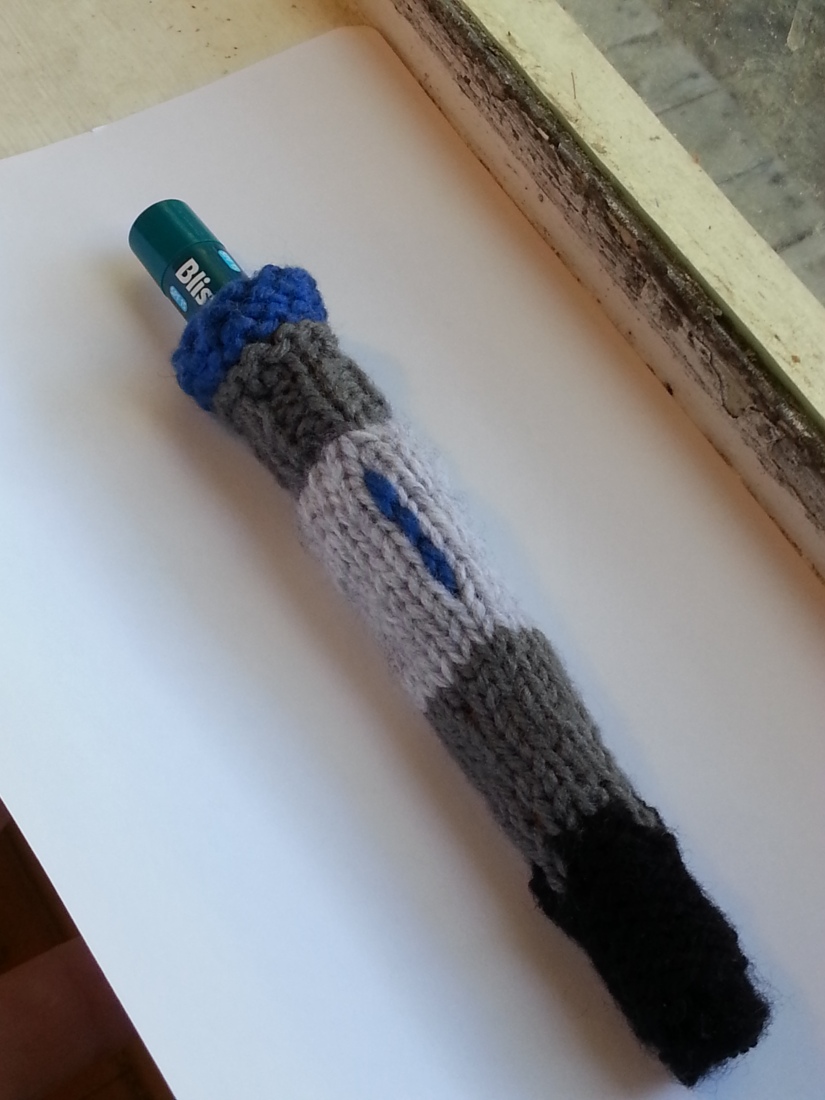 (Yeah, that’s right, because making a TARRIS pillow was not enough whovian knitting for me…)

This project is a modification of a modification of an original pattern for a Doctor Who sonic screwdriver. That pattern was for the sonic used by the 11th Doctor (Matt Smith), which is different in shape and size. I found this modification from user Cordetta on ravelry that changed the colors and some of the shape to be more like that of the 10th Doctor (David Tennant), which is what I wanted. I have to give a lot of props to her mod for helping me out! But I had to modify it even further to make it shorter and tighter to fit two chapsticks with just a little room on the ends.

To be honest, when I finished this project it was late and I did not record every single detail of my knitting. But I wrote down enough to tell you approximately how I did it. 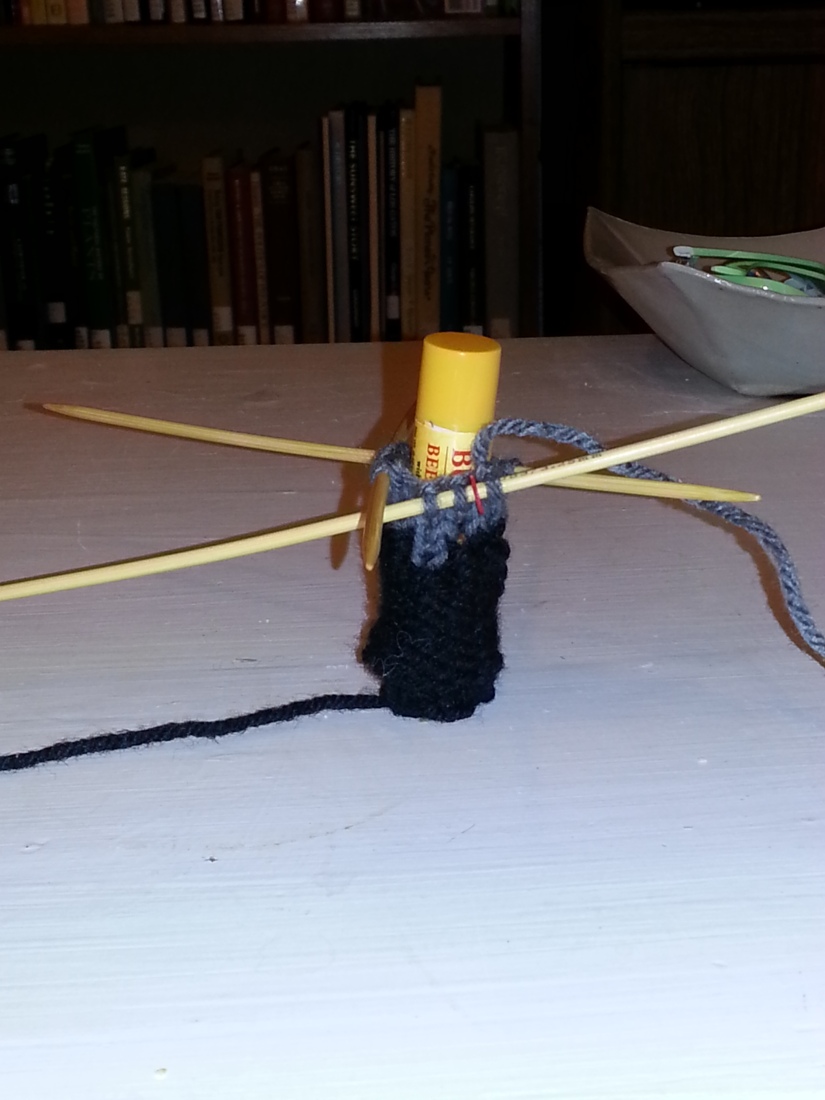 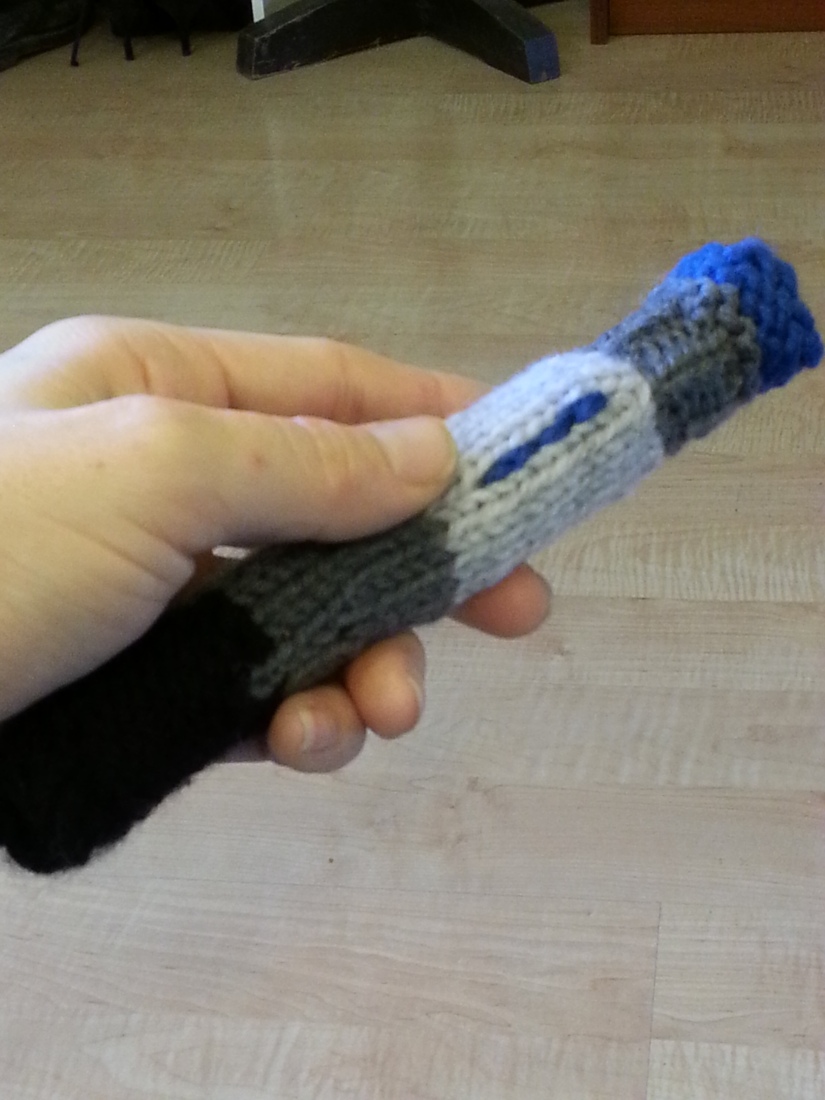 *if you haven’t done colorwork before, consider skipping these two rounds and going straight to the gray section, it’s kind of annoying to do. If you chose to do it (I promise, it looks cool!), be careful to move the black yarn to the inside of the work at the end of the last round.

**at this point, if you want to weave any of the ends into the inside of the tube, do it now! It will be too tight to turn it inside out after the final section.

As always, remember that my gauge is looser than most—use your own tube of lip balm as a guide. The way I made mine, both ends are open but they are tighter than the middle section, so the chapstick naturally remains inside until I push it out. I’m sure there are ways you could make a closure at the top or bottom, but I found I didn’t need it.

The sonic screwdriver chapstick holder—it doesn’t work on wood or deadbolts, but it does work on dry lips!