This is a quick post to share some knit and crochet hats I’ve made. Some of them are things I made a long time ago but never shared (in those cases, sorry about the crappy quality of the old photos!). They all have three things in common—they are hats, they were made gifts, and they involved colorwork. They were all things I made for guys as well, but they don’t have to be for men only—I would wear any one of these hats.

Hats make great holiday gifts—they don’t take as much time or require as much fitting as other projects do, they are super practical, and you can probably make them with yarn in your stash. This patterns, as usually, are all available on the internet for free.

The fastest way for me to make a hat is to crochet one. And the easiest way to make said hat more interesting is to add stripes.

I made this beanie in a few hours using blue, gray, and black worsted weight wool from my stash. I placed stripes of blue and gray two rounds tall between stripes of black that were one round tall so no one color dominated. 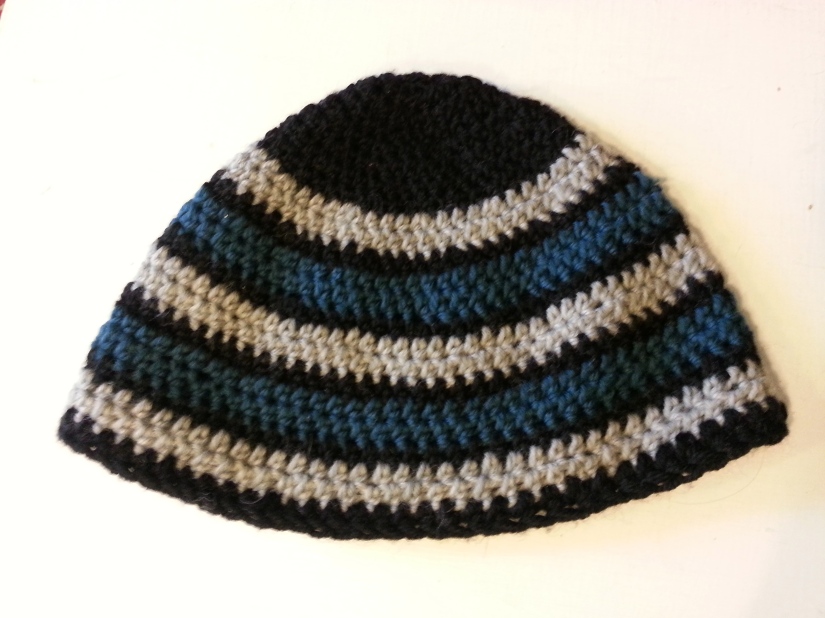 I do not actually have a pattern for this hat—I have done versions of it several times, and I adjust it to the recipient. But I would suggest using this free beanie pattern if you want to make something similar.

Here’s a version I made seven (!) years ago, this time out of two colors of bulky weight wool blend, with one stripe 5 rounds tall in the middle:

(side note—look at how long my hair was then!)

Want something a little more challenging and with more ear coverage? Try Swell: 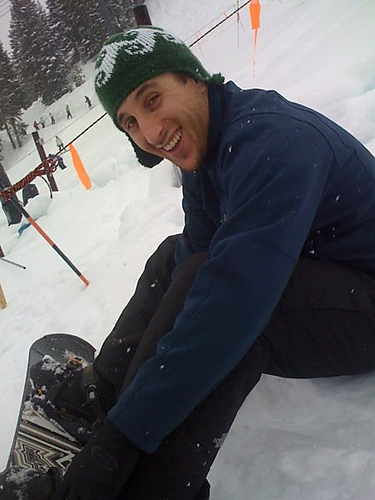 This earflap hat has a basic repeating chart to form the wave pattern. You need to be comfortable with colorwork in the round, but once you get the hang of the pattern it’s not too difficult.

I will say that this pattern runs small! I am a loose knitter and I made the medium—it just fit him. Also, it looks best on very short or very long hair, but not so great on my medium-short curly bob: 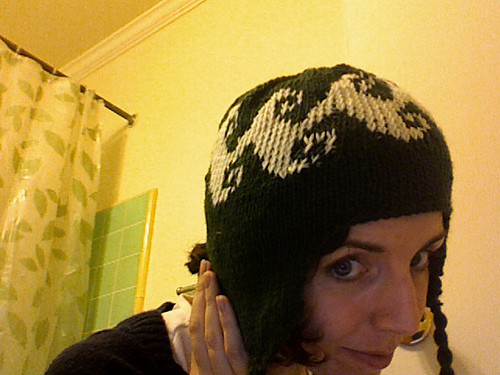 That’s me trying to keep my hair under the earflaps without success.

In my version, I omitted the peace sign on the earflap and joined the flaps to the hat with knit stitches in stead of purls to make it more seamless.

Originally I did include the tassels, but the recipient preferred it without, and was able to remove them without difficulty.

Looking to make a hat with more complicated colorwork and a slightly NSFW motif? The Fornicating Deer is probably what you want: 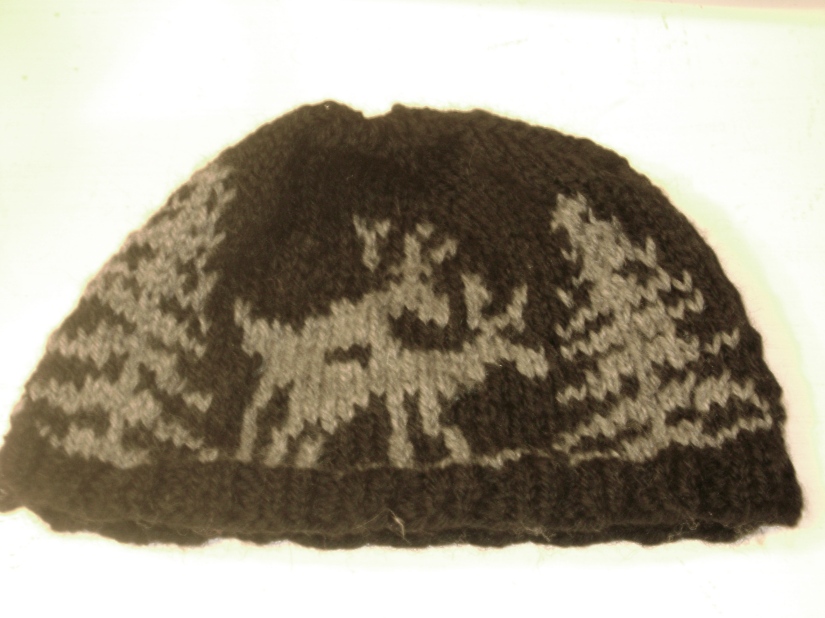 This is hat is the full package—it’s seasonal, it’s intricate, and it features two deer in the process of making another deer. It also runs really small. Confession—the first time I made it, I got 3/4 of the way through a size small and had to rip it back. It was awful. But the final product (made with gray and black wool, worsted weight) turned great.

My version was a weird size—I actually used Swell as a basis for it, sort of. Since the medium sized Swell hat had 88 stitches and did not divide by the 32 stitch chart, I actually started knitting at the beginning of the second tree and ended at the end of the first tree, then did this all over again (total of two times). This gave me a total of 90 stitches, which was close enough to the original swell pattern (I just increased twice before beginning the chart and decreased twice before starting the top decreases). It worked.

Surprisingly, with the colors I chose, the exact activities of said reindeer are not apparent until you really examine it closely. Heh.