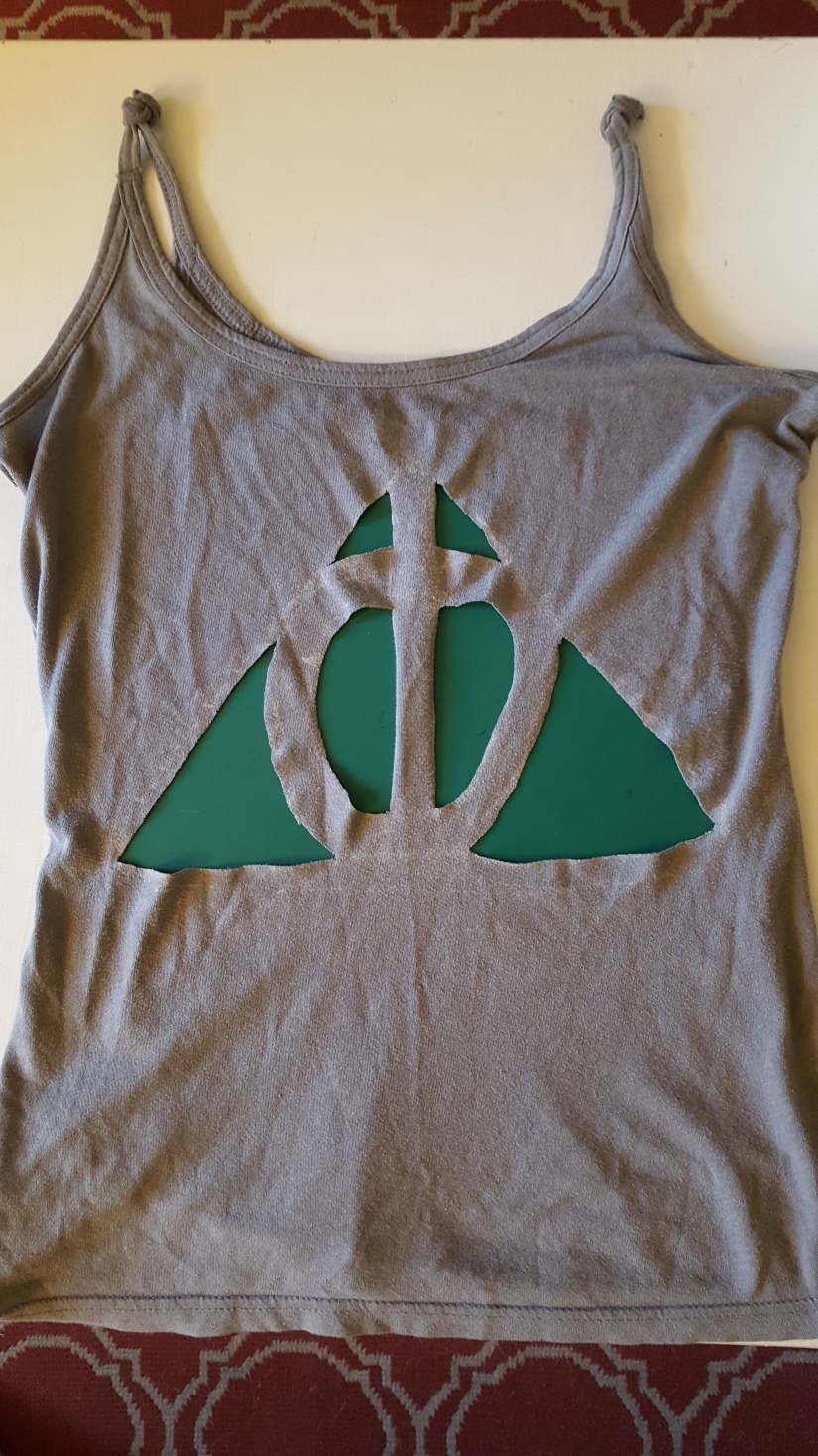 Just before leaving for Los Angeles to visit the new Wizarding World of Harry Potter in Hollywood, I decided I needed a DIY top appropriate for the 100+ degree F weather of LA in July. Luckily (felix felicitously?), I found this great Deathly Hallows cutout tank tutorial on YouTube. I made my lines extra sharp by using an X-Acto Knife instead of scissors, but either will work. Just swish and flick! 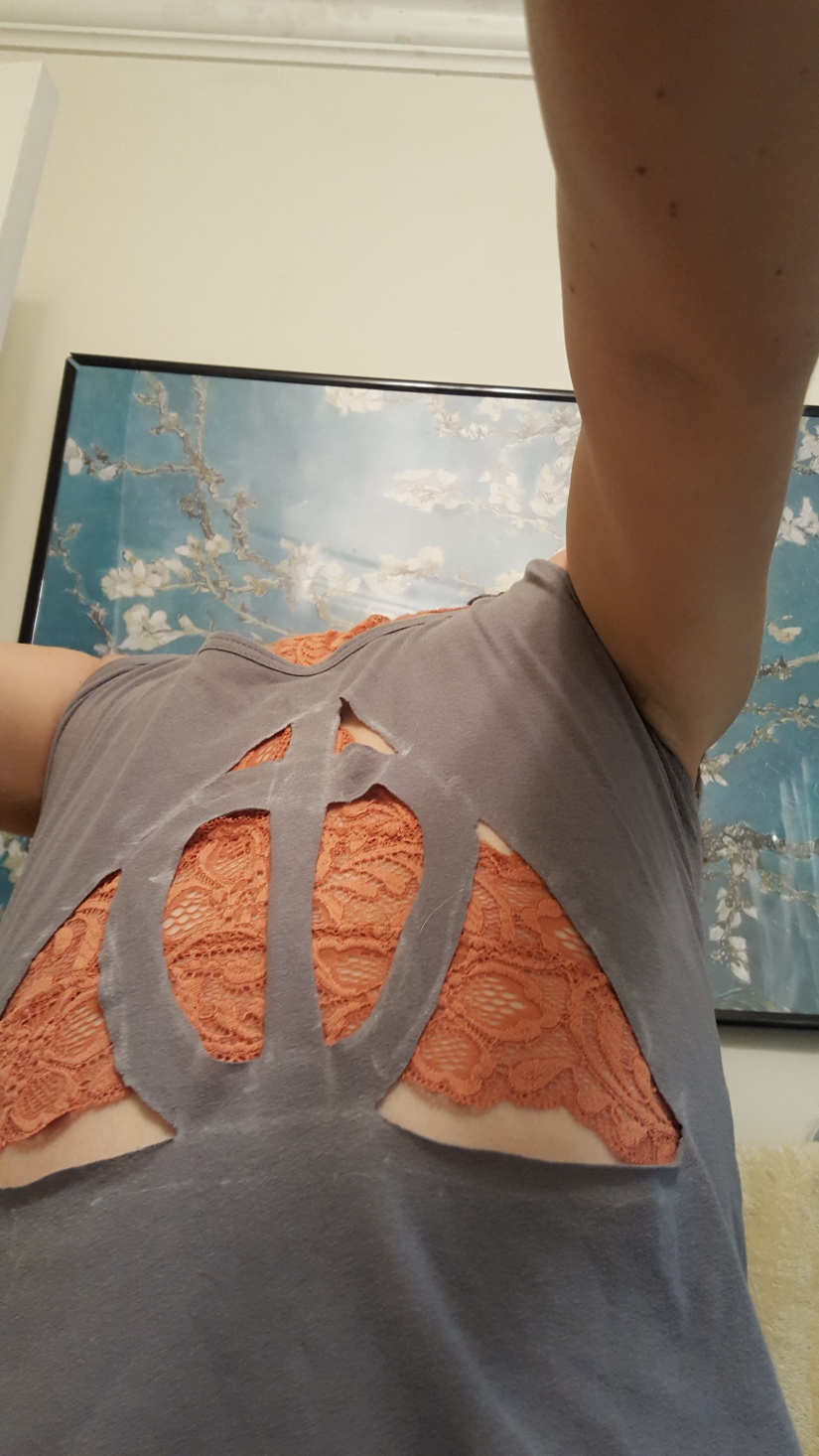 You can still kind of see the chalk lines here. They faded eventually, but I’m probably going to get more chalk on it, seeing as how this is a great top for the rock climbing gym. 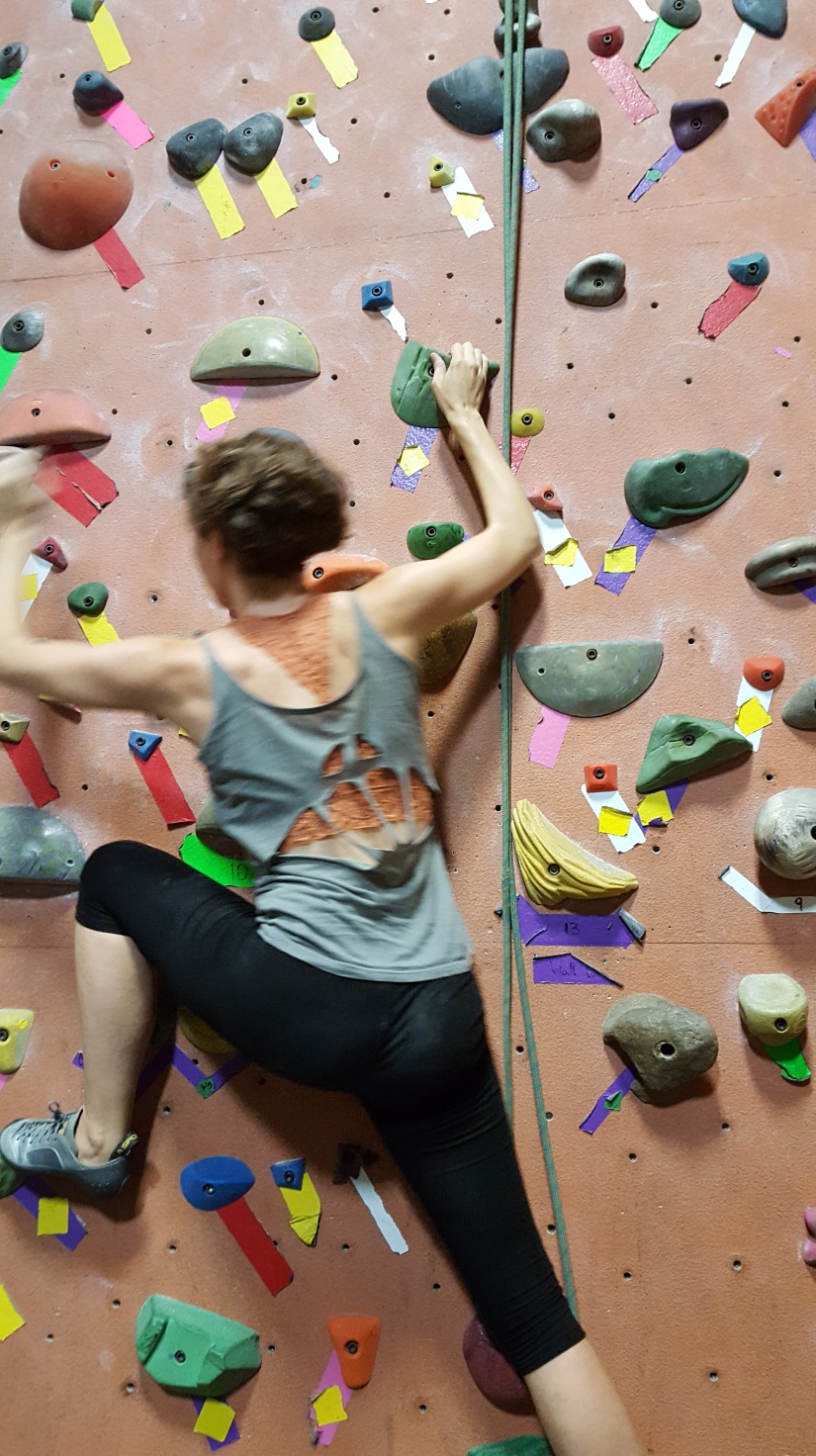 See that high stepping move? Definitely the (hor)crux of the boulder problem. 🙂

The other item I wore that weekend was a headband, in lieu of a house scarf. Even though the Sorting Hat has placed me in Ravenclaw (and my cat too!), I figured that Gryffindor colors were the way to go here. I drew inspiration from the scarf pattern seen in the 4th Harry Potter Movie. But what I’m most proud of is the fact that I made this on the car ride down from Northern California! I actually finished it in the dark! 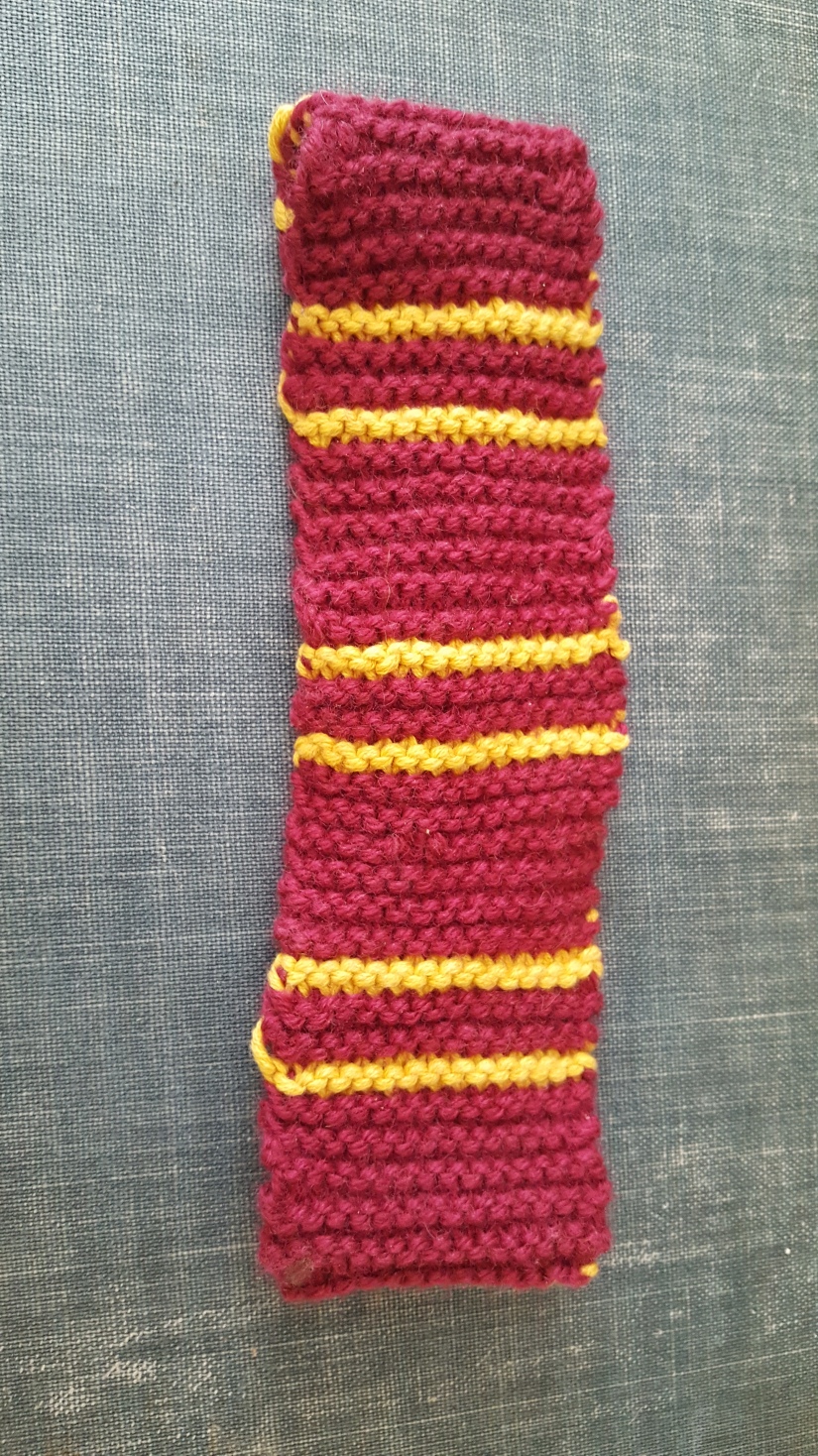 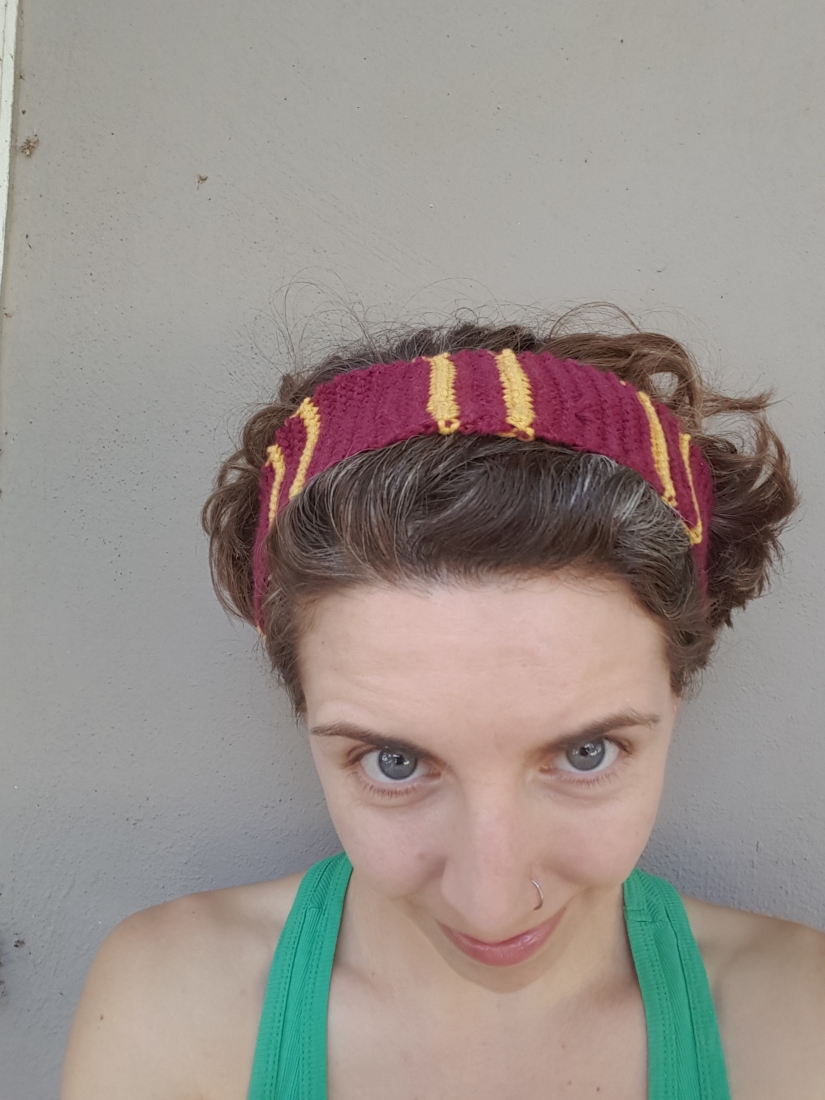 I mostly wore this headband when I went on rides, but once again, I forsee using it quite a bit for rock climbing: 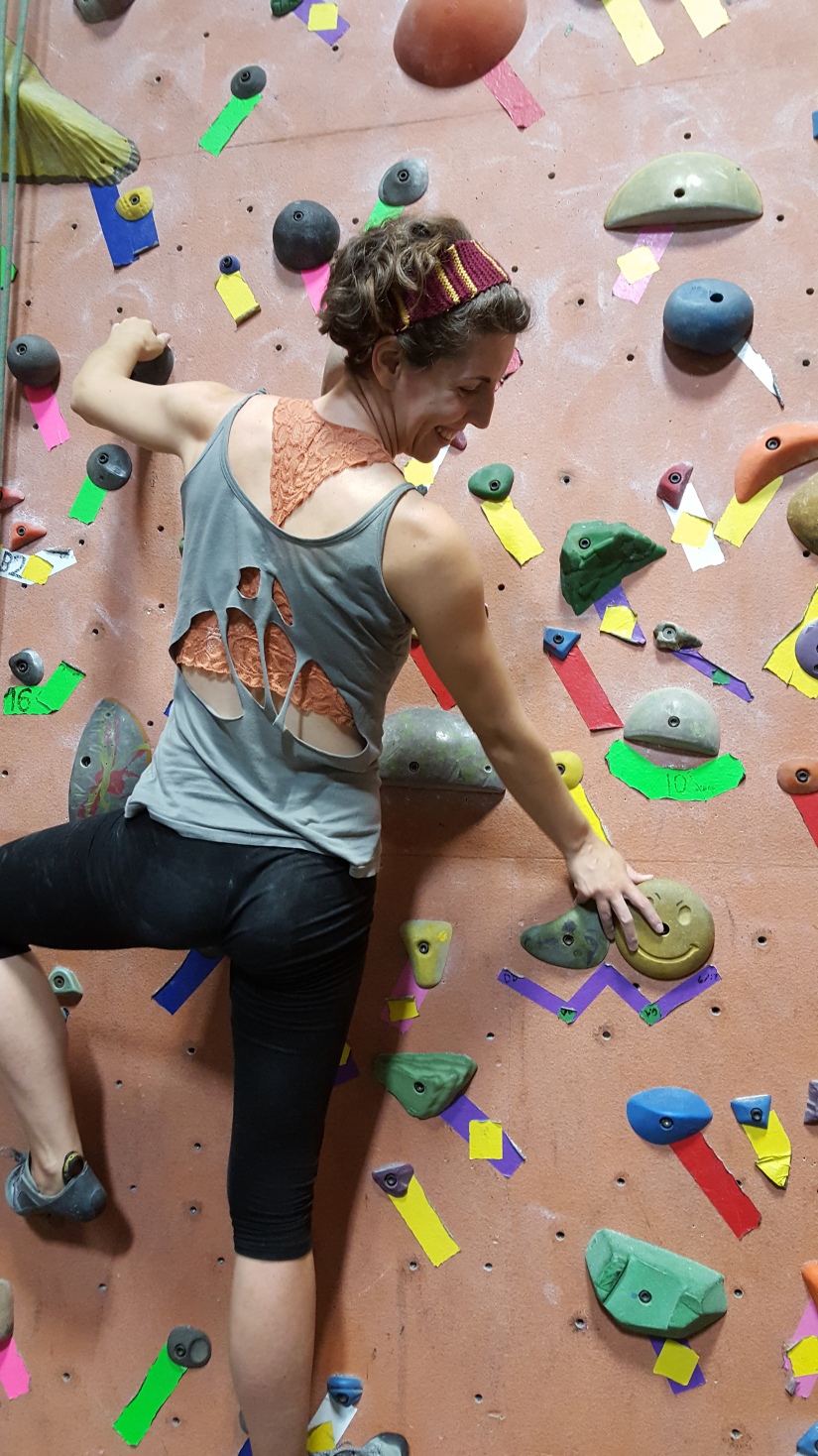 Perhaps it will help me be braver when bouldering! At any rate, I know Dumbledore would approve of this knitting pattern. Need proof? Here it is, book 6: 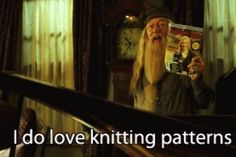 By the way, this the first Harry Potter themes knitting I’ve done—that would be the Lion Cat Toy from a post in 2012. 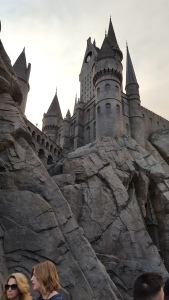 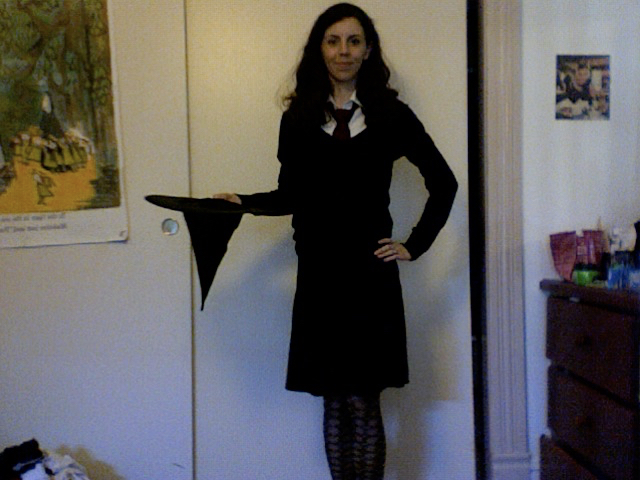